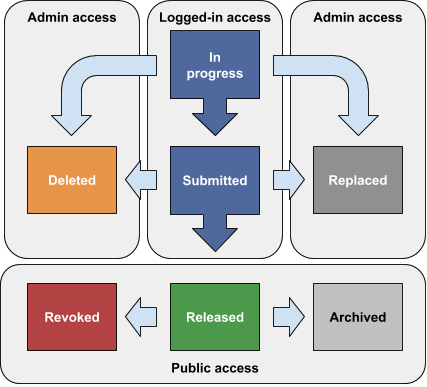 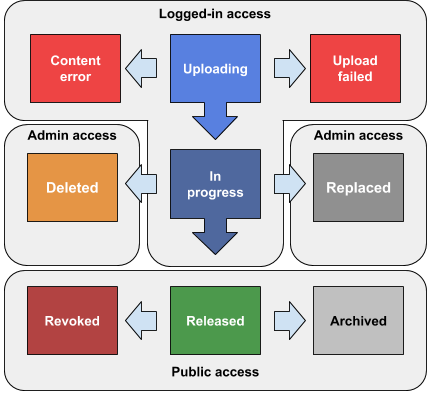 Permissions statuses, which are visible to public users only if the object has not been 'deleted,' are assigned to objects that are created and edited only by admins, including: lab, award, user, organism, platform, and source.

Basic object statuses are visible to public users if the object is 'released,' are assigned to objects including document, image, page, software, characterizations (donor, genetic modification, and biosample) and all quality metrics.